Liberals and conservatives can agree on one idea: Building the energy future is going to require a lot of new stuff.

And all that new stuff presents unexpected opportunities for states to play a leadership role while the political class dithers in old conflict. Whether red, blue, or purple, states will be the front lines for the energy future. How they participate will determine their influence.

Enter an unexpected antagonist (or is it protagonist?): EPA’s draft methane rule.

In November, EPA announced the Supplemental Methane Proposal, which updates and strengthens rules to reduce methane emissions from oil and gas facilities. The proposal interacts in interesting ways with the recently passed Inflation Reduction Act (IRA), which contains a suite of low-carbon tax incentives and funding for methane abatement technologies — aka, lots of carrots for compliance.

The IRA also has one notable stick: a methane fee. Yet even this fee comes with a carrot: Companies will qualify for an exemption to it, dependent on the implementation of EPA’s methane rule by the states. Hello antagonist! Or is it protagonist?!

How your company should respond depends on how the states you operate in decide to act. Yet you can always foreground your commitment to reducing emissions, even when state politicians might think they’re helping you by opposing the rule. (Spoiler alert: They are not.)

There are so many reasons for the oil and gas industry to continue to get its methane emissions house in order:

States will be the newest front lines both politically and pragmatically. Meanwhile, federal political divisions are (predictably) on full display. Democratic U.S. senators such as Tom Carper of Delaware believe that the 2022 Supplemental Methane Proposal will aid the United States, putting our nation in a better position environmentally and socially. Meanwhile, in December Kentucky Republican U.S. Representative James Comer, then the ranking member of the House Committee on Oversight and Reform, submitted a letter to EPA stating that the committee would be conducting oversight of the agency’s new methane rule. The letter said the rule was an example of the Biden administration’s “war on domestic energy production.”

Here’s what you need to know.

The stakes of methane emissions mitigation are high. We must continually earn public confidence in our industry’s ability to deliver on our potential to lead into the energy future. Engaging proactively and constructively to address EPA’s methane rule is the new table stakes.

You can play to win by engaging state leaders where you operate. Well-meaning industry supporters in state government may equate opposing EPA with helping our industry. In fact, that opposition doubles down on the perception that oil and gas companies are unwilling to address their emissions. So work with your states’ policymakers to narrate our shared commitment to reducing emissions; doing so will create a win-win approach, ensuring that the IRA sticks don’t fall on good operators.

A special thank you to Laura Horowitz of Team Adamantine for her help in writing this piece. Was this Both True forwarded to you? You can subscribe here. Want to craft your own winning decarbonization strategy? Reach out and let’s talk.

To unlocking the unconventional win-wins,

Tisha Schuller was invited back on the C.O.B. Tuesday podcast to discuss her new book, Real Decarbonization: How Oil and Gas Companies Are Seizing the Low-Carbon Future. 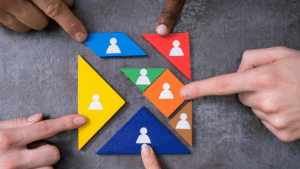 Addressing ESG in Your Supply Chain

As companies approach annual contractor and vendor review meetings, we at Adamantine have new best-practice recommendations for oil and gas leaders.