Working to bridge the political divide

Originally published 11.18.20 as a guest column in the Colorado Springs Gazette

Many of us find that these words speak to our aching, politically exhausted hearts, but at the same time, leave us feeling immensely frustrated and helpless.

The recurring predicament so many good, well-intentioned Americans encounter in their attempt to become citizens actively working to bridge the political divide is they become lost in a world at odds with their mission and quickly realize they’re shooting into the dark.

If this sounds like you, let me share my secret for how I remedied my resentment toward those of a different political stripe, which later launched my involvement in the bipartisan arena of politics. But, more than that, I challenge you to try it, too:

Join a group with the opposite political affiliation as you.

If you’re still reading, then you must not have been scared away by my preposterous recommendation. I commend you. You deserve a golden star sticker. But, I’m not done…

Attend their meetings and events regularly. Invite a member of that group out to coffee, lunch, a walk, or whatever you’d like (so long as it’s social-distancing style!) and get to know them. Ask them about themselves and what brings them to that group. Tell them you want to learn and understand — and that a crazy op-ed author told you to do this. Don’t pry, argue, and tell them why you disagree. Ask questions. Hear them out. Listen.

Then, invite another person to join you in discussion and do it all over again.

If you’re still reading, congratulations. You’ve officially made it into the A.W.A.D.W.T.P.P. Club — also known as the “Americans Who Are Done With This Political Poppycock Club.”

When I first went to a group that adhered to a political ideology different from mine, two years ago, I was surprised I didn’t develop an abscess in my mouth from biting my tongue so much in meetings. But, eventually things got easier.

The people who I once thought woke up in the morning, scheming and planning how to make the world a worse place, I humbly realized, were good, loving, value-driven people trying to live a good life like anyone else. Many of the people I was blessed to encounter ended up being my friends and some my greatest mentors. I even began to accept and embrace some of their views — gasp! You mean I didn’t have all of the answers this whole time? Dangit…

The greatest mistake we ever made was when we stopped talking to each other. We locked ourselves in a vicious downward spiral as our suspicions of each other entrenched themselves, as we thought worse and worse about another’s intentions, and as we grew to fundamentally misunderstand each other.

We can reverse this. And it can start with this simple, yet courageous, step.

Let’s all be brave and take that step together.

Kelsey Grant is a senior at CU-Boulder, an affiliate of the Center for the American West, and a Conservative Fellow for Citizens Climate Lobby, a nonpartisan, nonprofit climate advocacy organization. Here at Adamantine we are grateful to have her keen insights as our Research Intern. 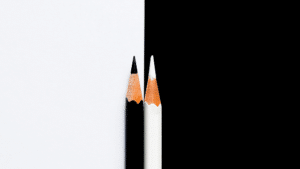 In the oil and gas industry, we find ourselves describing public hostility to our work in black-and-white terms, such as “fight for our lives” and “energy wars.” These characterizations serve a purpose: They unite oil and gas workers, give us a sense of shared purpose, and mobilize us to serve as industry ambassadors to the world. But could this kind of black-and-white thinking — which seems to strengthen our collective identity — also lead us to our demise? Now that’s worthy of contemplation. 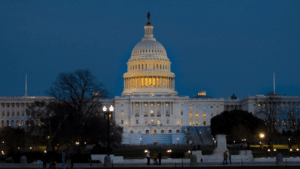 2021 ended with a whimper for the budget reconciliation package that Democrats had hoped to finish before the holidays. In this edition of Both True, I give you what to watch for regarding federal policy in 2022 — a year that begins with Democrats hoping to resuscitate their climate agenda and the midterm election season moving into full swing. 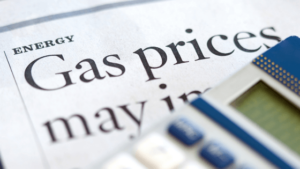 What to Watch for 2022: Energy Prices

The recent price volatility around oil and gas has spurred myriad interpretations — most of which are interesting for how they demonstrate our selective reasoning, usually defined by our politics. Further, the line of reasoning most industry executives are likely to pursue is in fact the one most likely to undermine their leadership position.