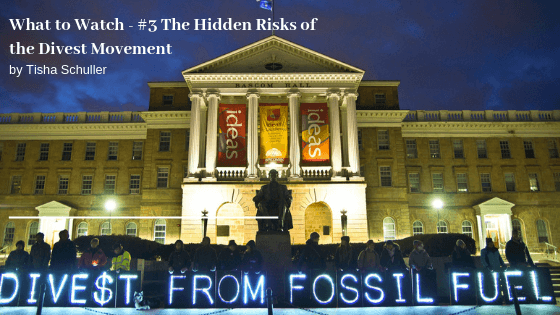 Even Denver, Colorado announced in March that it would divest from fossil fuels in its $6 billion general fund portfolio. Don’t shrug this news off as yet another piece of irrelevant divest nonsense. Although the divest movement may not directly impact your company’s bottom line or share price, you need to understand and mitigate the risk it’s creating for your business and the sector.

The divest movement has broadened and accelerated in the last two years. College campuses, public pension funds, cities, and states are increasingly announcing their intention to remove investments (“divest”) from fossil fuels. Once isolated to college campus clubs, the movement now includes pension funds, cities, states, and university endowments — all making public commitments to ending investment in fossil fuels. In 2018, New York City announced its intention to divest its $194 billion in pension funds. Organizations as diverse as international Catholic entities, the Canadian medical association, and the American Federation of Teachers have passed resolutions encouraging and empowering further divest action.

While the direct financial implications for your firm may be minimal, these divestitures fuel public pressure on regulators to stop oil and gas projects and encourage communities to oppose their construction. They also propel the public conversation about energy and climate further into an expectation that our society has moved “beyond fossil fuels.”

Take Colorado as a prime example. The 2019 legislative session brought a massive overhaul of oil and gas regulation in the state. While many of us were working to have a pragmatic conversation about the important role of oil and gas in our economy and way of life, Denver —the city where the legislature sits — was committing to divesting from fossil fuels. The see-saw tips further away from balance.

Companies are dismissive of the divest movement as a fringe activity of college students. It was. It’s now a mainstream activity for which those formerly “fringe” activists now claim $6 trillion has been divested. And they’re aiming for $10 trillion by next year.

It’s painful to watch the growing success of the anti-fossil movement. Your company will be best equipped to mitigate theses risks by tracking and understanding their potential impact.

Send me your thoughts and questions; I’ll incorporate themes into upcoming installments.

If you’d like to receive future installments direct to your inbox, subscribe to Both of These Things Are True here. 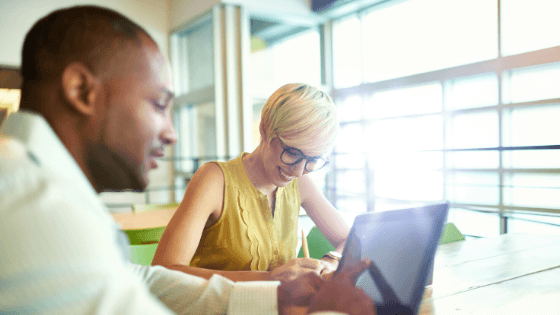 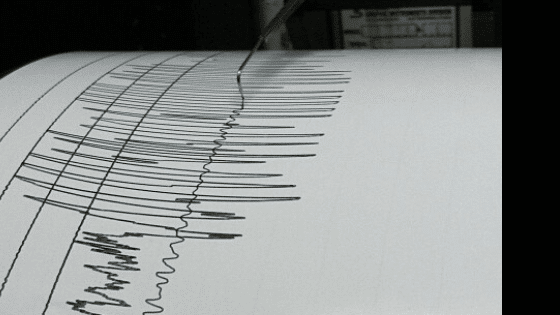 February 12, 2020
by Michael Teague We had a major earthquake problem. My immediate thought was the safety of the..