Our Energy Future at YPP USA with Alan Armstrong

Tisha Schuller and Alan Armstrong, president and CEO of Williams, discuss creating our energy future together as the keynote speakers for the 2022 Young Pipeline Professionals USA Symposium.

Alan became CEO and president of Williams in January 2011 after working as the company’s SVP of Midstream operations. He started working at the company as an engineer in 1986 and later earned positions including VP of Gathering and Processing (1999-2002), VP of Commercial Development (1998-1999), VP of Retail Energy Services (1997-1998), and Director of Commercial Operations for midstream business in the Gulf Coast region (1995-1997). Alan serves on boards for various organizations including the American Petroleum Institute, the Energy Infrastructure Council, and The Williams Foundation. Some of the boards he serves on are for educational organizations, such as the Board of Trustees for The University of Oklahoma Foundation and 3DE. Alan received a bachelor’s degree in civil engineering from the University of Oklahoma in 1985. 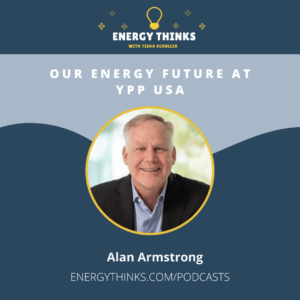