One Direction: The Moving Goal Posts of Investor Expectations

Tisha Schuller sits down with Chris Smith, Sr. Vice President of Policy, Government, and Public Affairs at Cheniere Energy. Discussing the role LNG will have in the energy future, Chris provides an array of insights on how Cheniere Energy is positioning itself to lead the industry toward a decarbonized future.

In this episode, we dive into:

Chris assumed his present role of Sr. Vice President of Policy, Government, and Public Affairs at Cheniere Energy in 2017 after serving five years as the Assistant Secretary for Fossil Energy at the U.S. Department of Energy. He has held leadership positions from a wide range of institutions including Rice University’s Baker Institute of Public Policy, Chevron, Texaco, JPMorgan, and Citibank. Chris is a graduate of the U.S. Military Academy at West Point and served as a Task Force Engineer and Platoon Leader while a U.S. Army Officer. Additionally, Chris holds an MBA from the University of Cambridge. 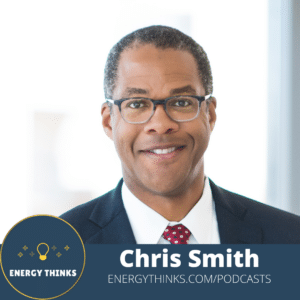