Scott Sheffield is the founder and CEO of Pioneer, the second-largest crude producer in Texas. Before Pioneer, Scott served as the CEO of Parker & Parsley Petroleum Co. for several years starting in 1985. The company merged with MESA, Inc. in 1997 to form Pioneer, which Scott led until retiring in 2016. He later came back to serve as president and CEO in 2019. Scott got his start in the industry at Amoco Production Co. as a reservoir engineer in 1975. In addition to his responsibilities at Pioneer, Scott serves on advisory boards for the Center for Global Energy Policy at Columbia University and the Energy Council of CSL Capital Management, LLC. Scott has been a big influence in America’s shale revolution and was a driving factor in lifting the U.S. crude oil export ban. Scott received a Bachelor of Science in Petroleum Engineering from the University of Texas at Austin. 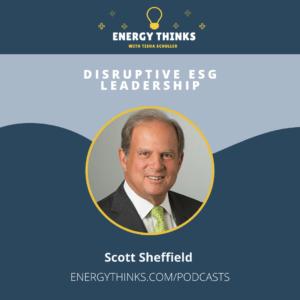