Curiosity, Cliffs, and Culture: a Behind the Scenes look at bp

Tisha Schuller sat down with Dominic Emery, Chief of Staff to CEO Bernard Looney at bp, on the Energy Thinks Podcast to discuss game-changing leadership.

Dominic Emery is the Chief of Staff to CEO Bernard Looney at bp and has been with the company since 1986. Currently based in London, Dominic has worked across an array of business areas including E&P, alternative energies, and gas and power. Dominic is a board member for the Extractive Industries Transparency Initiative (EITI) and was the founding CEO of OGCI Climate Investments—a $1B fund set up by oil and gas companies to invest in technologies and projects to reduce climate emissions. Dominic holds a PhD in Geology/Earth Sciences from the University of Cambridge and a M.A. in Geology/Earth Sciences from the University of Oxford. 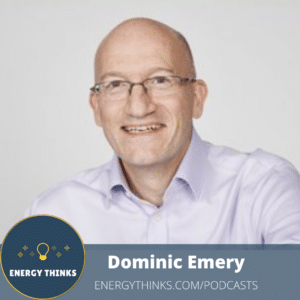