Sometimes when you look around the curve you come upon a fork – and this installment of the Looking Around the Curve series comes as I move to Brass Compass full time. Through this transition, my focus remains on helping organizations become more resilient – and the center of resiliency must be a leader who empowers their team.

As I continue to collaborate with the incredible team at Adamantine Energy, you can catch up on the first and second installments of the series.  If you would like to subscribe directly to the series, click here.

Leading Your Whisperers To Lead You

Now that you have taken on this mission of looking around the curve and you have your team of crisis whisperers to tackle the mission, how do you empower them as a leader to push you (through information and insight) toward recognizing an impending crisis?

You have to lead them. And key to this leadership is allowing them to lead you — starting with creating an atmosphere in which they can disagree with you.

The late Jack Welch, former CEO of General Electric, was a genius at fostering this dynamic. Frank Blake, one of Welch’s mentees who went on to become CEO of The Home Depot, told Inc Magazine that “Jack always told us ‘I don’t pay you to agree with me on everything.’ What he really wanted was for you to disagree with him and work hard to prove him wrong.”

Here’s what leading your whisperers to lead you looks like:

Challenge Them. You picked inquisitive people who can anticipate, now give them a challenge to match their skills. The first task is probably not solving world peace, but it needs to be more than some simple team-building exercise. Some examples:

Your whisperers are talented and you need to show them very clearly how important their role is to your organization. Give them a task that calibrates their work. As I have developed teams and leaders, I look to push them, light a fire in them, and allow them to find early success. All of that means that you as the leader need to thoughtfully define their tasks and set their guardrails as you unleash them.

Give Them Your Time. No leader ever has enough time. The point of having this team is that you can’t do all of this yourself, but you also can’t designate this valuable resource and then leave them in a corner by themselves. Soldiers do well what the Commander checks is an old adage but it just hits the bare minimum. You need to find the balance of your time that maximizes the team’s effectiveness for your organization. As Oklahoma’s secretary of energy and environment, I looked forward to the monthly cabinet meetings. The governor devoted most of a day each month to bring together her cabinet and listen to our reports. It was a great time of collaboration and cooperation; we could focus beyond the current issues and look around the curve. You have to give your team your time to share your vision and your guidance. You also have to get out of their way to let them do their job. Be there for updates on their progress, but without hovering as they make that progress. Be there to learn what they found. The balance you are looking for empowers them.

I believe that there is an order to listening and speaking in strong organizations:

You want your whisperers to bring you what they have found — and that starts with listening.

Empower Them to Disagree with You. But you probably walked into this conversation with your own thoughts about what may be around the curve. What happens when your whisperers bring you something completely different, something that challenges your current views and assumptions? Congratulations! You have a team that you can trust to be open and honest with you.

You need to be part of the conversation; expressing your opinions and asking good, hard questions. To ensure that you don’t dominate the conversation, ask more questions. If you are dismissive, you run the risk of squashing your whisperers. Make it clear that you want them to challenge your interpretations — because that’s how you’ll get past your own biases.

I mentioned the loyalty of disagreeing in the last piece and I don’t think it can be overstated. From General Colin Powell’s “My American Journey”,

“When we are debating an issue, loyalty means giving me your honest opinion, whether you think I’ll like it or not. Disagreement, at this stage, stimulates me. But once a decision has been made, the debate ends.”

In building or developing a team, I look for people who are loyal enough to disagree with me during internal discussions. I also look for bosses who encourage the same.

You have made the commitment to looking around the curve and you now have a great team of whisperers working hard. When they come back with information, how do you know it’s good intelligence? And how do you take your own biases off the table in evaluating it? That’s the next installment. 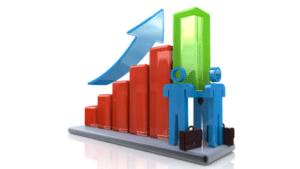 Several people sent me Pioneer’s 2020 Sustainability Report the day it came out — a strong indication of what it means for our industry. Pioneer has quietly, systematically, and relentlessly established itself as a leader in sustainability over the last decade (and without generating much fuss). Their low-key yet impressive style comes to life in this report, which should serve as a roadmap for your company.

Tisha Schuller visits with Daniel Raimi for the Resources Radio podcast. They elaborate on The Gamechanger’s Playbook and dig in to the key disruptors that can pose existential threats to the oil and gas industry. 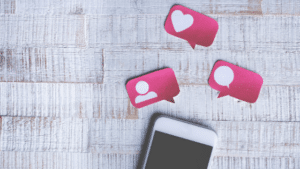 I’ve been asked frequently of late how industry can make the most of the Texas weather and power meltdown. First, we need to understand what the disaster meant — not just to the people of Texas, but to everyone else watching. It meant the importance of always on energy, the need for redundant energy sources, and a slowly unfolding map of the complexity of the energy system — all at once, like seldom before.