Many of our readers here have deep experience in the oil and gas sector. You might have first-hand experience of the controversy that can surround oil and gas development. You may believe that other energy sources, especially renewables, get a free pass, benefiting from overwhelming public support and cultural popularity. What you may not realize is that renewable energy developers also face fervent opposition that is disrupting their progress. Some opponents are as passionate about fighting renewables as those fighting oil and gas development.

As renewable energy technology has improved, utility-scale renewable projects are being proposed in an increasing number of rural communities across the nation. Most renewable energy projects require a strong natural wind or solar resource and access to available transmission lines in order to be economically competitive, and they are most often sited on compatible agricultural or grazing land where housing densities are low.  Although they promise to reduce the carbon and air pollution emissions of our electric generation sector, wind and solar projects are increasingly being denied permits by local governments.

As this kind of pushback accelerates, it is becoming increasingly clear that oil and gas developers and those working on renewable energy could learn some lessons from each other.  In many regions of the country, solar and wind facilities require local approvals for permitting, a condition that is more commonly affecting oil and gas as well as local governments are attaining more control over oil and gas permitting.

Under this kind of permitting regime, both oil and gas and renewables must be able to effectively work with local stakeholders to minimize local opposition and increase local support.  In both cases, efforts to oppose a project’s development are generally being driven by nearby landowners and impacted citizens, and sometimes by landowners funded and supported by larger, non-local organizations.  Whether they are fighting renewables or oil and gas, project opponents are motivated by their desires to protect their rural views and lifestyle, their property values and community growth potential, their concerns over environmental and wildlife impacts, and worries over the health and safety of nearby citizens.  Though often sincerely held, these fears are frequently unsupported by evidence, and it is common for them to be promulgated to support the pre-existing conclusions of core opponents.

Perhaps ironically, we see similar tactics being used by both anti-oil and gas activists and those fighting local renewable energy projects.  Larger, sometimes national groups are providing landowners with playbooks on how to oppose projects proposed in their communities.  In turn, local citizens are forming their own groups to aggressively pressure elected officials, spread information through campaign-style efforts, and garner turnout to testify against projects.

Given these commonalities, can members of the energy industry learn from the successes of their counterparts across fuel-types to inform their project planning and outreach?  We think so.

Before proposing a project in an area, research any stakeholders in the impacted area or the perceived impacted area.  This means understanding which stakeholders aren’t necessarily nearby but could be concerned by your project.  Will the school district with an elementary school two miles away be concerned by social media chatter about health impacts from wind turbines or gas wells?  Have the county commissioners denied a similar project before or discussed adopting a more restrictive ordinance to regulate energy development?  Has the nearby municipality planned for a subdivision in their comprehensive plan that would be within view of the proposed site?

Responsible developers should be researching which stakeholders near and far will care and how they are likely to assess the risks and the benefits of a project.  Then compare your results to other potential sites.  By doing this, companies can save time and resources by analyzing whether a particular area is suited for a project of the proposed scale, and if so, have a plan for investing sufficient resources to support successful local engagement.  Often the most impactful stakeholder is the overlooked stakeholder (stay tuned for a future blog on this).

Gain Input and Use It

Understanding community and landowner concerns by hearing them directly is vital, but, first, developers need to be prepared to empathize.  The concerns of these landowners, whether fed to them by a national group or not, are legitimate and should be treated as such.  Those working in communities must be able to put themselves into the shoes of local constituents.

Once mentally ready, project planners will be prepared to gain meaningful input from community members.  This can happen as early as initial project planning or after a plan has been publicly proposed.  Either way, developers should be prepared to incorporate aspects of the local input they receive into their plans and be able to demonstrate execution.

Communities are more likely to approve projects when they know they won’t be kept in the dark. Starting with a transparent, information-heavy campaign specific to the project and its logistics will help avoid misinformation and answer questions early.  Committing to ongoing communication through digital notifications, project-specific websites and social media pages, and response lines can help elected officials feel like their community will be able to depend on a project organizer for the lifecycle of the project.

American culture is in a period of rapid transformation.  The growing influence of social media, increased access to the internet, and a rising expectation among members of the public that they should have a direct role in deciding what gets done are all drastically affecting the landscape for companies attempting to site large infrastructure projects of any kind.  It is becoming harder and harder to get anything permitted, whether the project is an energy facility, a large-scale agricultural operation, or a residential redevelopment project.  To succeed in this new world, we’re all going to have to get a little smarter about meaningfully engaging local stakeholders, and for energy developers, doing so will be critical to ensuring that we can continue our important work to provide for our nation’s growing energy needs. 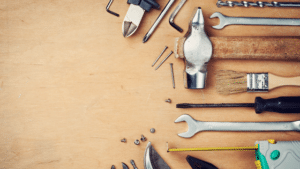