Colorado Focus Issue 1 – No country for oil and gas Democrats

We at Adamantine Energy had a front row seat for Colorado’s quick transition from a reliably red state with a track record of supporting oil and gas development to the state today considered perhaps the worst in North America for energy development. In this first focus issue on the opportunities to learn from Colorado’s experience, we consider what happens when a state not only becomes more Democratic, but Democrats find it nearly impossible to support oil and gas development.

(And if you think this cannot happen in your operating areas, you’ll want to check out our data-driven report looking at what Colorado’s demographic changes may foreshadow for other operating areas in North America.)

Over the last 10 years, it has become increasingly difficult for Colorado Democratic candidates for office to support (or even take a nuanced position on) oil and gas development. Some of this friction was caused by demographic and development shifts; but as an industry, we made some mission-critical mistakes. We now have an opportunity to learn from those mistakes.

Colorado politically has reliably been characterized as one-third Republicans, one-third Democrats, and one-third Independents. Thanks to a 150-year history of oil and gas development across several regions of the state, Colorado culture has been deeply intertwined with the resource. Ten years ago, chances were high that anyone living outside of Boulder or Aspen had a pragmatic perspective on Colorado’s oil and gas industry–regardless of their politics.

Since 2012, Colorado voters have transitioned from “leaning Republican” and “reliably Republican” to an electorate increasingly dominated by registered Democrats. Colorado’s politics are unique in a number of ways, including: nearly one-third of the electorate is registered Independent (over 1.3 million); voters can participate in either primary (but not both); and, Independents are increasingly leaning Democratic.  The figure below shows that Colorado Democrats currently have 51,000 more registered Democrats than Republicans.

Let’s translate these changing politics into perspectives by looking at a snapshot of Coloradans’ attitudes toward fossil and climate-related topics last year. In the figure below, you can see that a strong majority of Coloradans are now concerned about climate and support climate-related action such as a carbon tax, regulating CO2, and holding companies accountable for their effects on the climate.

In our assessment, Colorado’s oil and gas industry missed two critical opportunities in the intervening decade:

For the last five years, the oil and gas industry did not give Democrats enough meaningful cover to support us as demographics shifted their way. Today–given that it is both increasingly politically risky for Colorado Democrats to support industry and very few have relationships, ties, or reasons to appreciate us–why would they take the risk?

There are places across North America where changing demographics and public opinion will create an imperative to build bridges with a broad swath of stakeholders, including those left and left-leaning. Because we don’t necessarily know where politics will shift under our feet and quickly, we need to preemptively build bridges as a risk mitigation strategy.

It’s never too late, it just gets harder the longer you wait.

We made them here in Colorado: pursuing a partisan strategy; giving too little in the way of environmental leadership, too late.

Seize the day.   Successful companies will:

We take a broader look at these trends in our new research report, which you can check out here. Our Colorado-focus series continues next week with a look at the importance of Colorado’s growing and grown-up millennial population.

Got a different take or important insight from your Colorado experience? Reach out and let me know what you think.

Both True — What to Watch: Exxon

Our summer “What to Watch” series has one goal: to translate the hyped-up headlines into key takeaways for oil and gas leaders. Have no doubt that two of the three disruptors (rise of the millennials and mainstream environmental activism) are key drivers in Exxon’s board shakeup. But at Adamantine, we are interested less in what caused the board shakeup and much more in how it’s playing out in the real world — and what those details signal for your company. Read on to find your game-changing takeaways. 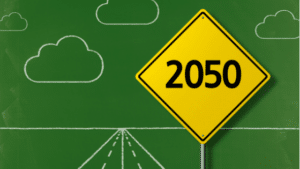 Both True — What to Watch: IEA’s Startling Roadmap

Plenty of oil and gas realists have critiqued the International Energy Agency’s (IEA) roadmap to net zero by 2050. Instead, I want to look at the opening it creates for game-changing oil and gas leadership. 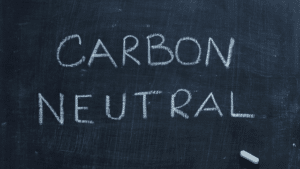 A new trend in global energy trade is emerging: carbon-neutral fuel products. This trend will change expectations for your company’s role in the short-term energy future.