Matt Lepore and I were on the opposite sides of the Colorado situation for years, and today we agree on this: much of the hostility to oil and gas development in Colorado could have been avoided.

Certainly not all of it. Yet the remainder offers lessons for our entire sector today.

Up until recently, we worked together at Adamantine to synthesize our experiences from each side of the divide — and use this knowledge to prevent history from repeating itself here in Colorado and across North America. I provide a very personal account of my 5 ½ years at COGA in Accidentally Adamant.

There are tens of thousands of Coloradans with front row seats to the sea change of the last decade, and each has their own story. In this five-part series, I’ll share with you what we at Adamantine think we can all take away from the Colorado story to prevent, mitigate, and maybe even transcend the copy-cat environment setting up elsewhere.

If you’re doing oil and gas business in Colorado, you probably allowed yourself a quick moment of satisfaction when you read the latest Fraser Institute survey of business-competitiveness climates for energy in North America. We know it’s hard here – it often feels that its heading toward damn-near impossible, and so the Fraser Institute survey is affirming. See, it is that hard!

I suggest you allow yourself only that moment and no more. No ground was ever gained by wallowing. Instead, let’s look at what we can learn from Colorado’s 10-year transition from a proud oil and gas producing state to a hostile one. This recent history provides important lessons for both Colorado’s current producers and oil and natural gas companies across North America.

Earlier this year, Adamantine released a data-driven analysis of the demographics behind the political shift. Here I’ll hit the high-level trends, which we will dive into in the subsequent four installments of the Colorado series:

Discerning Colorado historians will note that I skipped one of the most significant trends in Colorado’s transition to a state increasingly hostile to oil and gas development: the unfortunate coincidence of Colorado’s newly technologically and economically feasible world-class basin overlapping with the hottest area of the state for suburban growth. While this overlap is overwhelmingly significant, it doesn’t provide a likely-to-repeat trend for other areas of North America – so we will leave that part of history to others.

Colorado political operatives will also correctly note that in 2018, Colorado’s oil and gas industry successfully defeated an anti-oil and gas ballot initiative. The industry’s will is mighty.

I’m focused on our future.

The changes that happened in Colorado could affect development anywhere, as our forthcoming research report will show.

Shaking their heads at places like Colorado, California, and British Columbia – without studying the history underway and its potential to impact oil and gas development areas considered politically safe.

Seize the day.   Take your thinking one step further. I recommend:

The next four installments will take on these four trends in more detail. I’d like to hear your impressions of Colorado’s last 10 years, from within or outside of the state. 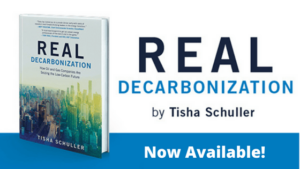 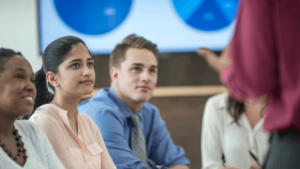 At a time when more oil and gas companies are pursuing what I call real decarbonization, why shouldn’t we seek out Gen Z — the generation most passionate about these topics? 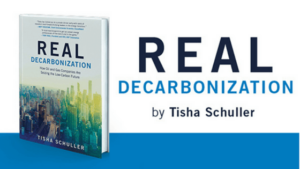 Why You Need A 10-Year Real Decarbonization Strategy

It is not a given that any company will be around in 10 years. That’s why I’ve written my forthcoming book, Real Decarbonization: How Oil and Gas Companies Are Seizing the Low-Carbon Future.