Outgoing Oklahoma State Secretary of Energy and Environment Michael Teague, who has pioneered inclusive stakeholder engagement toward solving many of Oklahoma’s most contentious energy development issues and projects, will join Adamantine Energy as strategic advisor and systems integrator February 1st.

“I spent the last two years with an eye on Mike joining Adamantine,” said Tisha Schuller, Adamantine Energy’s principal. “In even the most chaotic and stressful situations, he holds himself as a strong, cultivated leader who balances his strengths with humility and grace. Mike has a tremendous record of pioneering novel leadership solutions that are inclusive of challenging, diverse perspectives. Perhaps most importantly, Mike shares our passion for Adamantine’s mission of deescalating conflict around energy projects.”

“Energy development today isn’t one-dimensional — it isn’t just oil, gas, renewables and utilities building their projects, but how that development impacts stakeholders and resources across the board,” said Teague, who was appointed in 2013 by Oklahoma Governor Mary Fallin as that state’s first secretary of both energy and environment after he retired from a 28-year career in the US Army.

“Adamantine approaches energy solutions collaboratively and multi-dimensionally — they see the value of bringing folks from all sides of the problem together to work toward a solution. That’s rare now, but it’s the best way to be effective in this space.”

Deep Experience in Energy Negotiations and Solutions Facilitation Through Collaboration

The addition of Teague brings Adamantine an expert with deep experience in energy negotiations and solutions facilitation, at both the cabinet level of state government as well as throughout his Army career.

As Oklahoma’s secretary of energy and environment, Teague has become highly respected by parties across traditional political and development divides, from the oil, gas and renewables sectors to environmentalists, from policymakers to Native American tribal leaders. His primary focus has been gathering and integrating these groups — along with 33 different state agencies and boards that often had disparate objectives — into collaborative processes to solve energy challenges.

Teague’s most celebrated accomplishment during his tenure as secretary has been spearheading a transparent, multi-stakeholder state coordinating council that traced Oklahoma’s recent rash of earthquakes to disposal wells for the water produced during oil and gas drilling and production.

The council proposed solutions for curtailing the induced seismicity’s frequency and impact — solutions that have reduced earthquakes in Oklahoma nearly five-fold since the council began its work. The council’s work has also become a model in Oklahoma for solving contentious issues — from autonomous vehicle safety to how to use produced water for drought resilience — collaboratively and without regulation.

“I am thankful to Secretary Teague for his service as Oklahoma’s first secretary of energy and environment,” said Oklahoma Governor Mary Fallin. “His ability to bring people together to find inclusive solutions has been a great asset for our state. He helped develop policies that encouraged energy production as well as responsible environmental stewardship. I’m excited to see what he and the Adamantine team accomplish together.”

Schuller added: “Mike’s international military experience and state-level cabinet expertise brings us an expanded perspective on who is impacted by a project and how to best engage them meaningfully. I watched Mike navigate the Oklahoma earthquake crisis deliberately and effectively with a huge number of stakeholders, and I knew we had to add him to our team.”

Teague also accrued a wealth of international and domestic experience in energy and environment solutions from his nearly three-decade-long active duty career in the U.S. Army. Before retiring with the rank of colonel in 2013, Teague dealt with power generation and distribution, water desalinization and environmental impact studies. He also facilitated and negotiated numerous solutions among federal and state agencies, Native American tribes and local stakeholders.

During his Army career, Teague was deployed to four continents, including several times to the Middle East as well as Central America. Teague commanded the 52nd Engineer Battalion in Mosul, Iraq in support of the 101st Airborne Division as part of Operation Iraqi Freedom in 2003. He also served as commander for the Tulsa District of the U.S. Army Corps of Engineers from 2010 to 2013, where he oversaw more than 700 employees and an annual budget of $700 million.

Teague joins Adamantine at a time of significant national and international growth for the firm, including expansion into providing adaptive strategies for companies to help them “future-proof” their businesses by proactively engaging with decarbonization trends. His hiring follows the 2018 hire of Matt Lepore, previously director for five and a half years of the Colorado Oil and Gas Conservation Commission, as Adamantine strategic advisor and legal counsel.

“Mike notably expands Adamantine’s capabilities — he’s another great thinker, leader, and collaborator,” said Schuller. “He allows us to more effectively engage in Oklahoma energy issues as well as the myriad challenges utilities face; he also will help us to work creatively with our clients who have more and more communities advocating for decarbonization. He operates with values that resonate with ours.”

“I’ve been in public service my entire career,” added Teague. “And right now, the place where the work needs to get done in energy and environment is right in the middle, solving the hardest problems by working with everyone and focusing all our creativity and energy on them.

“That’s where Adamantine is, and that’s why I want to be a part of it.” 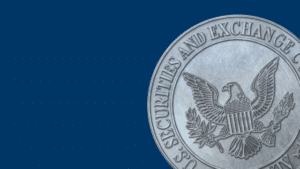 Nothing makes me want to put my head in my hands like imagining the U.S. Security Exchange Commission’s (SEC) anticipated “consistent, comparable, and reliable” rules on climate-related financial disclosures. Yet the more our team at Adamantine digs into this, the more opportunity we see for game-changing oil and gas companies. 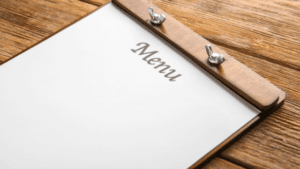 Both True — What if we’re not even on the menu?

When it comes to policy, we all buy into the adage, “If you’re not at the table, you’re on the menu.” But what’s worse than being on the menu? Not being in the restaurant at all. That’s what’s happening with the current opposition we’re seeing to “blue hydrogen,” which should be a stark warning to game-changing industry leaders. 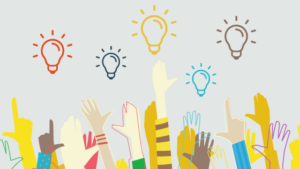 Why Diversity of Thought Matters

Promoting “diversity of thought” is a common and seemingly innocuous approach to kicking off diversity and inclusion efforts within many companies. In practice, it can accidentally set off a culture war that you’ll struggle to contain. Here’s what you need to know to avoid this very common mistake.